Spring Has (Almost) Sprung, and that means Voesh Coco Colada Oasis scent is BACK! This tropical scent is perfect for your spring and summer services. The product is a four-step treatment made with rich, creamy coconut extract that restores moisture and revives dry skin, keeping it fresh and soft. The pedicure service will relax senses with happy, exotic notes, leaving clients feeling as though they are on a vacation.

If you haven’t tried Voesh’s signature Pedi-in-a-Box products yet, now is the time! These convenient, hygienic, effective pedicure products are the ideal pedicure products. Pre-packaged in single-use pouches, there are pedi-in-a-box options for basic, deluxe, and ultimate pedicures, allowing you to offer various levels of pedicures, while meticulously maintaining your stock, tracking your costs, and ensuring consistency for each and every client.

Ready for some Holiday deals?

SHOP NOW and use these coupon codes at check-out for some HOT DEALS! 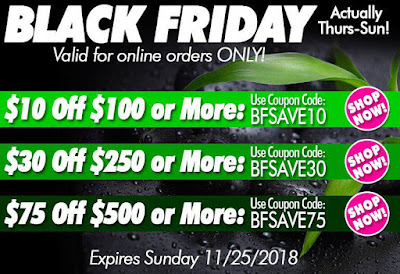 Just Because Halloween is over doesn’t mean pumpkins can’t stick around! To prove it, we just got in Therabath Paraffin Refill in a delicious new Fall scent – Pumpkin Cupcake. Umm, yummy! Savor what’s left of Fall before the upcoming winter months with this lovely new scent. If your Vanilla cupcake refill is popular among your clients, I guarantee this will take the cake (literally)! Infused with clove leaf and orange essential oils, this sweet and spicy paraffin will warm your clients right up. 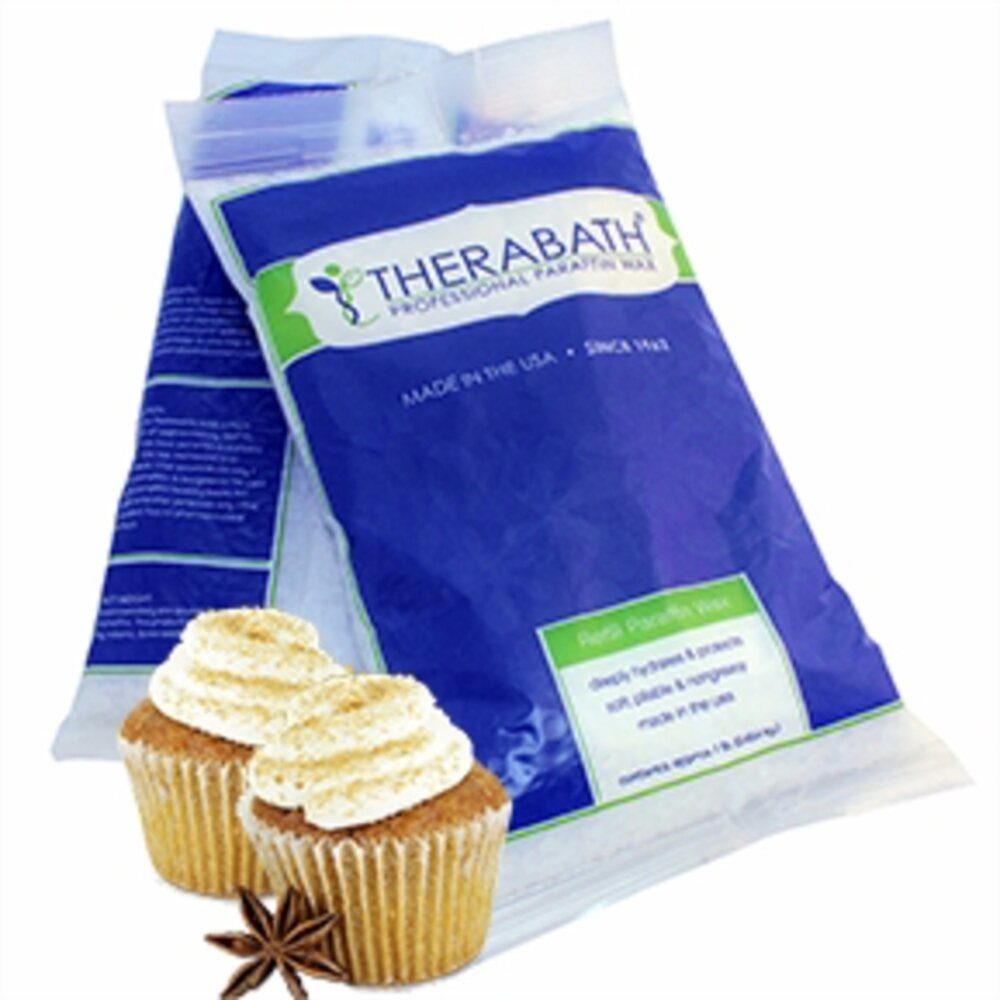 Speaking of seasons and changes – when was the last time you upgraded your paraffin warmer? When you’re ready to purchase the Pumpkin Cupcake Paraffin (be sure to do so fast – our pumpkin supply seems to run out quickly!), make sure you browse our paraffin warmers before you checkout! It will be exciting to have a shiny new warmer to put your new pumpkin paraffin in 🙂 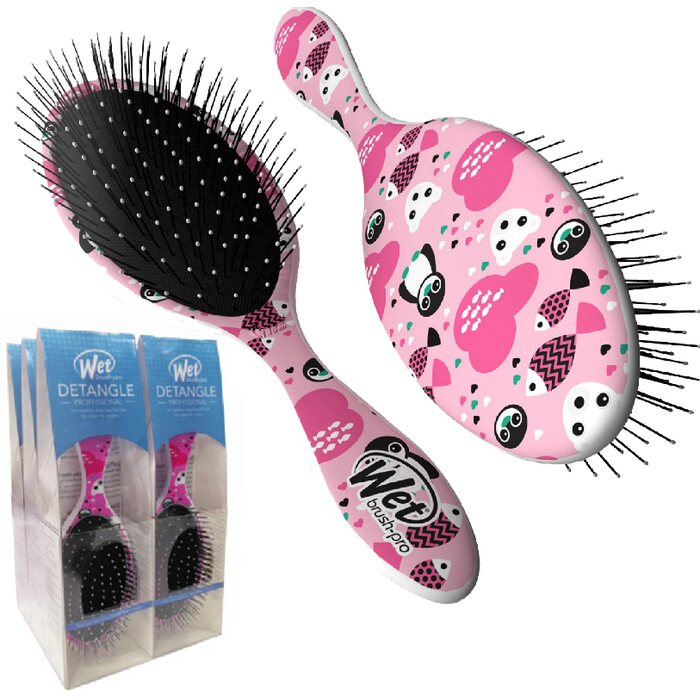 I was super excited to see that our best selling retail brush – the infamous Wet Brush – just got a whole lot cuter! How adorable is the new Happy Penguin print on these brushes? Whether you admit to it or not, the colder months are ahead, so why not stock your salon with this new arctic chill print?


What exactly makes these brushes one of the hottest selling salon items out there, you ask?! Aside from working well on wet hair, they also detangle hair with ease using the adaptive flexibility of IntelliFlex. The bristles one them are super thin, strong and very flexible. This completely eliminates tugging, tearing, pulling and ripping…your clients will be happier than the happiest penguin on the print 🙂 A bit cheesy, I know, but they are just too cute! Okay okay, aside from the adorable print, what’s the selling point? Other than being the best selling brush we have, you can increase your business profits from the 9 piece retail display for nearly double the amount of your wholesale cost. Happy Penguins, Happier Clients.. but you’ll be the happiest of them all knowing this! Get them today here at Pure Spa Direct before they sell out, since I know we tend to sell these brushes fast!

CND Holiday Collection 2020 is here in both Shellac and Vinylux. With beautiful, festive holiday colors, you’re going to want the whole collection, I guarantee it!

Give your clients a superior service with the Shellac Brand 14 Day Nail Color system. Featuring a base coat, color coat, and topcoat – and the exclusive CND LED Lamp – the Shellac Brand system works together like no other to deliver two weeks of high-performance wear with no nail damage. 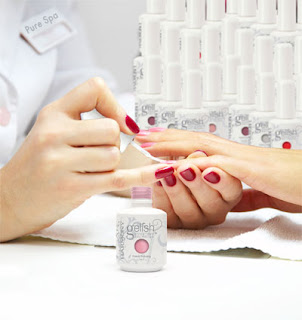 What has been missing from the manicure world??

Gelish…..The product that every nail tech needs to know about!

By now, I am sure that every nail technician has heard of the gel manicure and most of you have probably even heard of Nail Harmony9s Gelish, but how much do you really know about the Gelish products? Gelish isn9t like every other gel manicure on the market. What sets Gelish apart from other gel manicures is how it is formulated.

Gelish is a pigmented gel whereas other gel manicures are lacquer/hybrids. In simpler terms, this means you will never have to shake a nail polish bottle again! Ever have a client complain that there favorite color looks a little different this time then the last time they got it? Gelish will make that question completely disappear! The reason that makes all this possible is because a pigmented gel means the color of the polish is always going to be the same, causing consistency bottle to bottle, application to application. Being that Gelish is a pigmented gel also means that you will be providing your customers with a product that lasts longer, won9t deplete or damage their nails, and will give them the strong nails they always wanted.

How Will Gelish benefit you, The Nail Tech:

Why your clients will fall in love Gelish:

Your clients will appreciate not having to get a manicure every week, and a happy client makes a happy business & referrals! 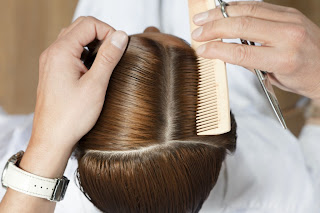 Female hair thinning and hair loss is a topic that is very near and dear to my heart, yet is still considered by many to be too shameful and taboo to talk about. As a culture, we all too often view womanhood as defined by how a woman chooses to wear her hair, whether it be long, medium, short or shaved. All of those previously mentioned styles are a choice, however, when a woman is robbed of her hair due to a multitude of factors, including stress, genetics or illness, the emotional toll can be devastating.

How does this pertain to you, a licensed professional in the beauty industry? You can take this issue from being taboo to being embraced and resolved by helping your clients address it, no pun intended, head-on. I personally have been experiencing hair thinning and hair loss around my crown and at my front side part since I was 24. The issue was not addressed until, one day, my hair stylist asked me how I styled my hair. From there the conversation expanded to him acknowledging the areas of thinning hair and offering suggestions about how I should wear my hair back, what brushes to use, etc.

You can take it a step further for your salon and spa clients by offering services that are specifically designed to stimulate the scalp and promote hair growth. Please see below for some products that have been shown to help and prevent Hair Thinning and Baldness.

2. Olive Oil
3. Jojoba Oil
4. Rosemary Essential Oil
While female hair loss will never be completely eradicated, by offering services that target these issues, you can help you clients on a physical and emotional level, all while securing their long-term patronage.

This Blog Post: Hair Loss in Women: Time to Embrace and Solve This Devastating Issue originally appeared on Blogger. 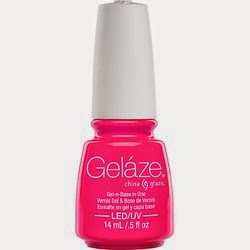 I have always loved all of the China Glaze colors and collections, but I am addicted to gel polish manicures! So, I was super excited to see that China Glaze has come out with a 2 in 1 Gel Polish System! The great thing about this system is that the base coat is built right into the color, which saves a lot of time when performing the service for your clients. All you need is the Geláze Top Coat and an LED or UV Lamp. China Glaze Geláze Gel-n-Base in One comes in 49 shades of color-matched gel perfection to complement China Glaze’s top 49 selling lacquers. Geláze delivers chip-free nails and spectacular shine and your client will love how quickly you can give them their desired long-lasting manicure! 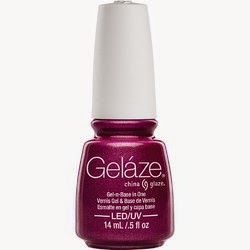 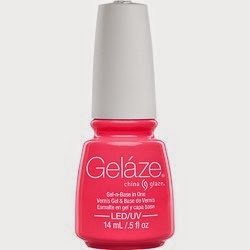 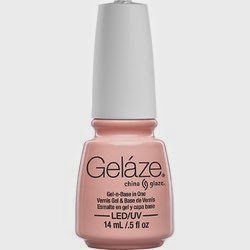 The process is simple and just like a regular gel polish manicure, however your cutting out one step (applying and curing the base coat), which gives you more time for more client appointments!

No, I did not spell “whistle” wrong, I am writing about Sisal!

What is Sisal? According to Wikipedia:

“Sisal (Agave sisalana) is an agave that yields a stiff fibre traditionally used in making twine, rope and also dartboards. The term may refer either to the plant or the fibre, depending on context. It is sometimes incorrectly referred to as sisal hemp because hemp was for centuries a major source for fibre, so other fibres were sometimes named after it.”

You might be asking yourself, OK Doug, what do Agave plant ropes have to do with spas/salons? Well, it turns out that Sisal fibers are ALSO used to make a variety of exfoliation products… sponges, soap sacks, mitts, gloves, pads, brushes and more!

Sisal is used for deep exfoliation and massage of the skin, and it is frequently used dry. This type of rough exfoliation may take some getting used to, but it is a good way to slough off dead skin and reveal fresher, softer skin underneath. Sisal is also very commonly used wet, in the shower (in a standard shower or during a Vichy Shower treatment), for slightly more gentle exfoliation.

Whether the Sisal is used wet or dry, it is best to begin with a gentle scrubbing until the skin becomes more used to the exfoliation of the sisal bristles, and then more pressure can be applied for a deeper exfoliating massage.Sisal can be used on the back as well as other rough places, such as the knees or feet, or even all over the body for a full-body exfoliating treatment.Sisal should not be used on more sensitive areas like the face.

Because theSisal may also be able to improve circulation, some recommend always brushing in a circular motion, toward the heart. One may use a sisal brush every day, once a week, or as needed… any use can provide skin benefits!

So remember, if you offer exfoliation treatments or are looking for great retail items for home use… “Just Sisal While You Work!” 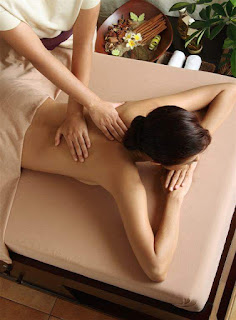 Poor circulation is common during the cold winter months, and I’m sure many of your clients complain about it this time of year. Are you looking for more ways to take this common complaint into consideration at your spa this winter? While the average massage service can most certainly help, you can take it one step further by incorporating the herb arnica into your massage treatments. According to a recent article I read, arnica works with the body9s own system and helps to dispose of waste as well as increase circulation. In order for your clients to receive the maximum benefit from arnica, all you need to do is apply a small amount, about one or two drops of concentrated oil, to the desired area, followed by massage with your favorite cream. We have arnica oil here at Pure Spa Direct, as well as massage creams! Click here to browse our arnica collection, and help keep your clients’ circulation balanced this winter!