Hey Speed-Waxers – this one’s for you! 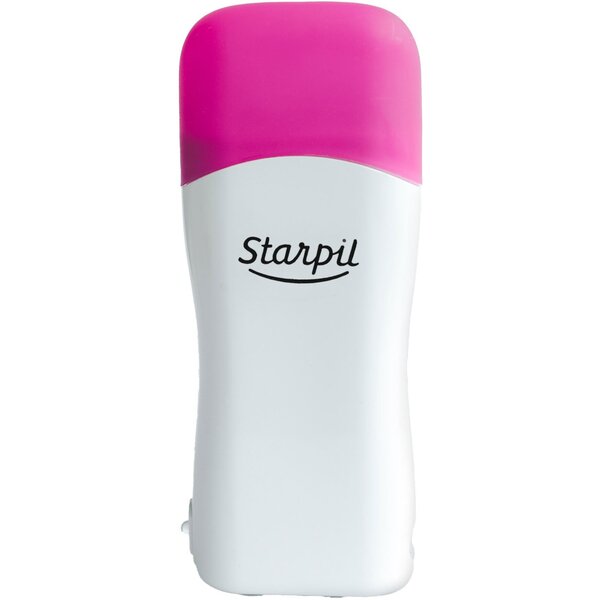 Available in Single, Double, and Triple versions, these wax warmers are a speed-waxers dream! I am told that the best way to speed wax is using roll-on cartridges, so why not use the amazing Star-Pil Wax while you are at it? Check them out below: 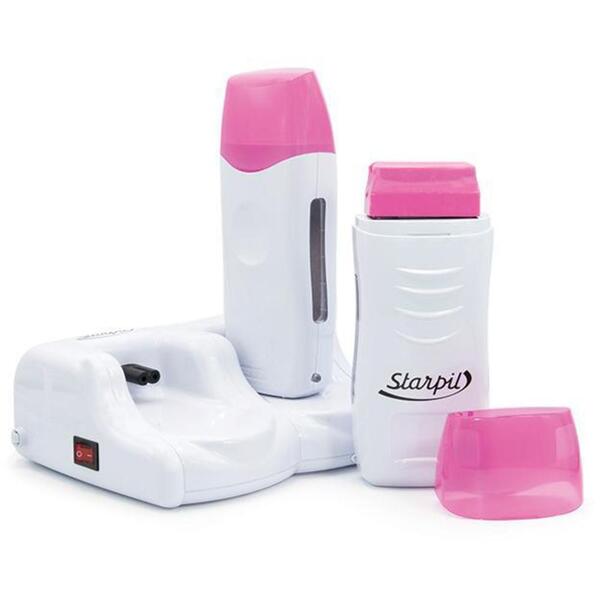 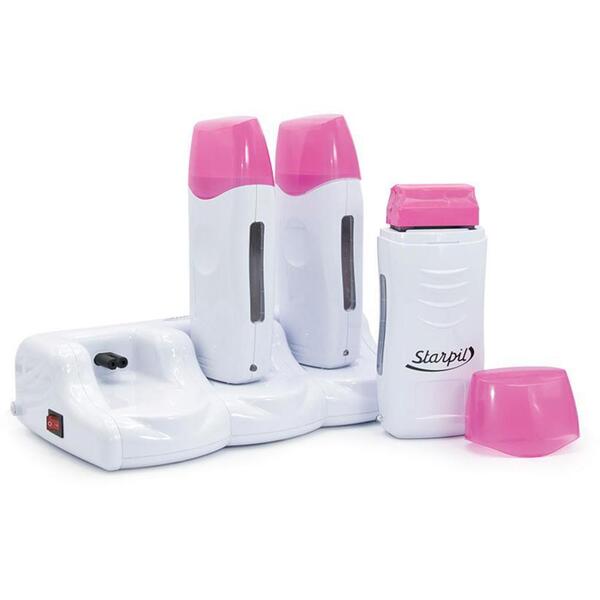 Offer your clients the best in sculpting lift masks with masks from Martinni! Our current favorite is the Sculpt Lift Mask.

These extraordinary modeling masks, mainly created from a delicate rice powder base, are gentle enough for the most sensitive skin and safe after even the most aggressive treatments. These masks are natural, hypoallergenic and made without any harsh chemicals or preservatives. They leave the skin extraordinarily clean and fresh for an unforgettable luxurious facial experience. Used alone or with gauze for custom treatments.

Tones, tightens, firms facial muscles, diminishes fine lines, smoothes wrinkles, and improves skin tone. As the mask hardens, an isometric pressure is created between the mask and muscles of the face and neck, restoring firmness to sagging skin. 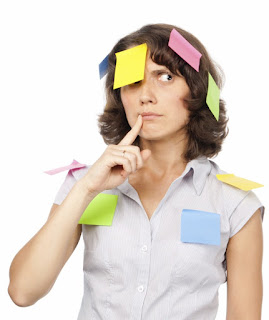 I can’t even tell you how many clients we speak with each month who are in a panic because they went to move their steamer, banged it against the wall, and the jar shattered. Or they were trying to fill it and dropped the jar. Or they were cleaning their steamer, and noticed their jar was cracked.

What’s an esthetician to do?

Not to worry! Pure Spa Direct has access to lots of replacement jars. If you didn’t purchase your steamer directly from us, we can’t guarantee it will fit, but by requesting measurements, we can get a pretty good idea of which jar will work for you.

But…but…my jar is in a million pieces on my floor! How am I supposed to measure it for you to look into a replacement? Well, my pretties, I have just the right instructions for measuring for a steamer jar that will fit for you! 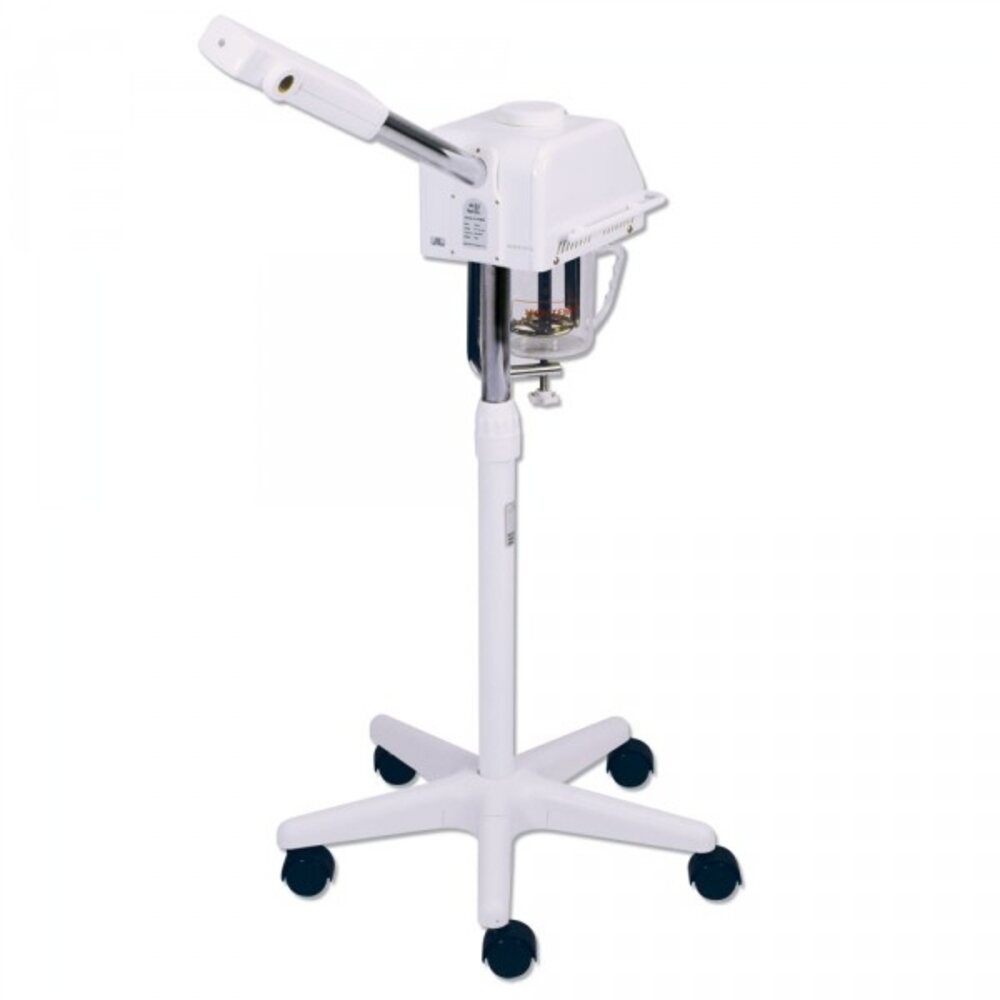 Step 1: To find out the width of the jar you need, measure the inside diameter of the rubber gasket. This is the width measurement of the jar!

That’s it. Not so scary, right? So next time you are in a bind with a broken jar, just give Pure Spa Direct a ring – we would be more than happy to help you out!

A steamer is one of the top tools an esthetician uses to offer fantastic treatments. When was the last time you updated your steamer? We have a huge selection of steamers to fit all budgets – some that come with acrylic jars, rather than glass – you can avoid the broken jar problem altogether!

This Blog Post: OMG My Steamer Jar Broke! Read on for Important Info for ALL Estheticians originally appeared on Blogger. 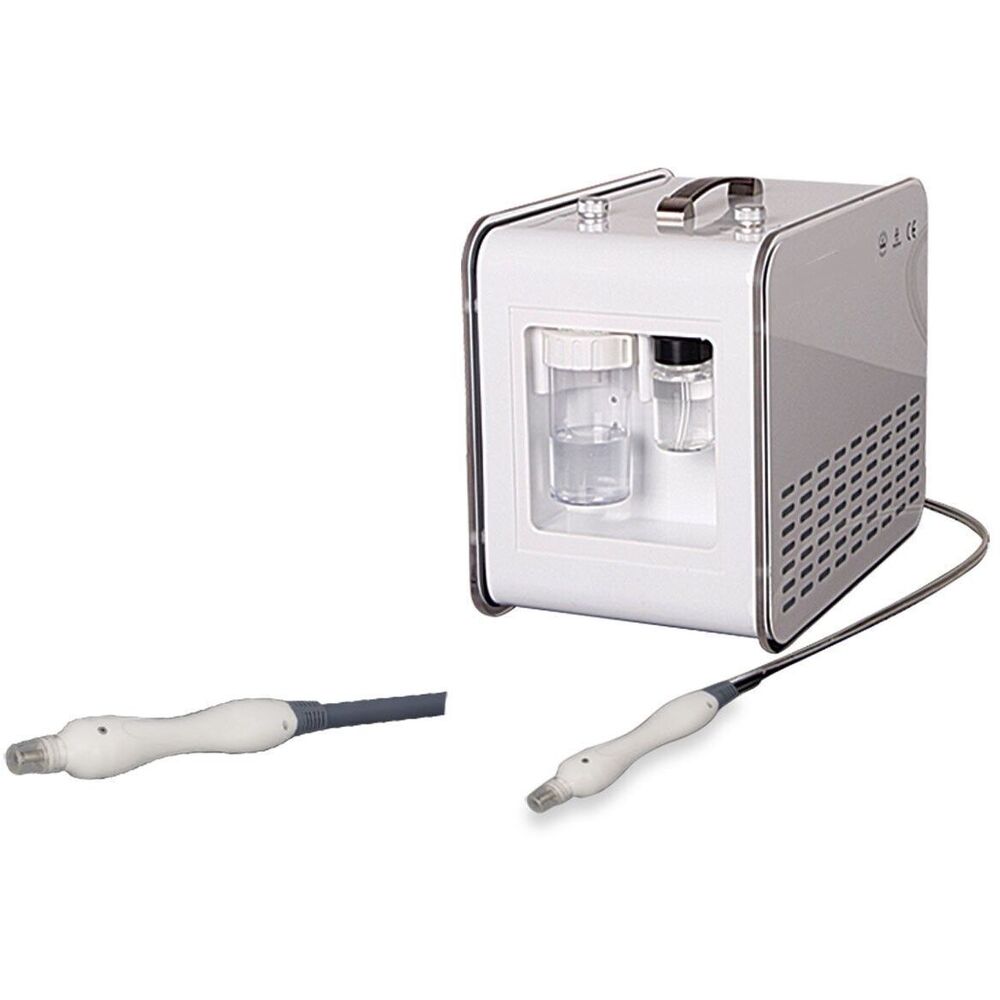 Suitable for all skin types, while providing a non-invasive, non-surgical treatment with immediate results without the discomfort or downtime.

Offering treatments targeting Sun Damage, Fine lines, wrinkles, and dehydrated skin. While tightening skin and shrinking pores and improving circulation. This treatment can be used on clients who are targeting acne and scars or just looking to rejuvenate their skin.

This awesome addition to your treatment options which is small enough to fit on most carts or counters can be purchased with a depigmentation serum, Hyaluronic Acid Serum, as well as a Vitamin C serum.

Grooming is one of the many activities that men try to avoid on a daily basis, as it’s time consuming and it certainly be difficult to master the art of shaving. I’m sure you see male clients regularly at your salon who are in need of a quick shave, and they might even ask you tips on products and shaving tools to keep up their grooming at home. If you’re in need of a new grooming product for men, I highly recommend The Peanut by Wahl. Introduced in 2007, its funky peanut design and small size gives makes it a favorite among men! It’s also very small, lightweight and extremely portable making it easy to use on your clients. I find the peanut shaped design to be clever (and cute!), and Wahl is most certainly a reputable brand for grooming products. We have different variations to choose from: 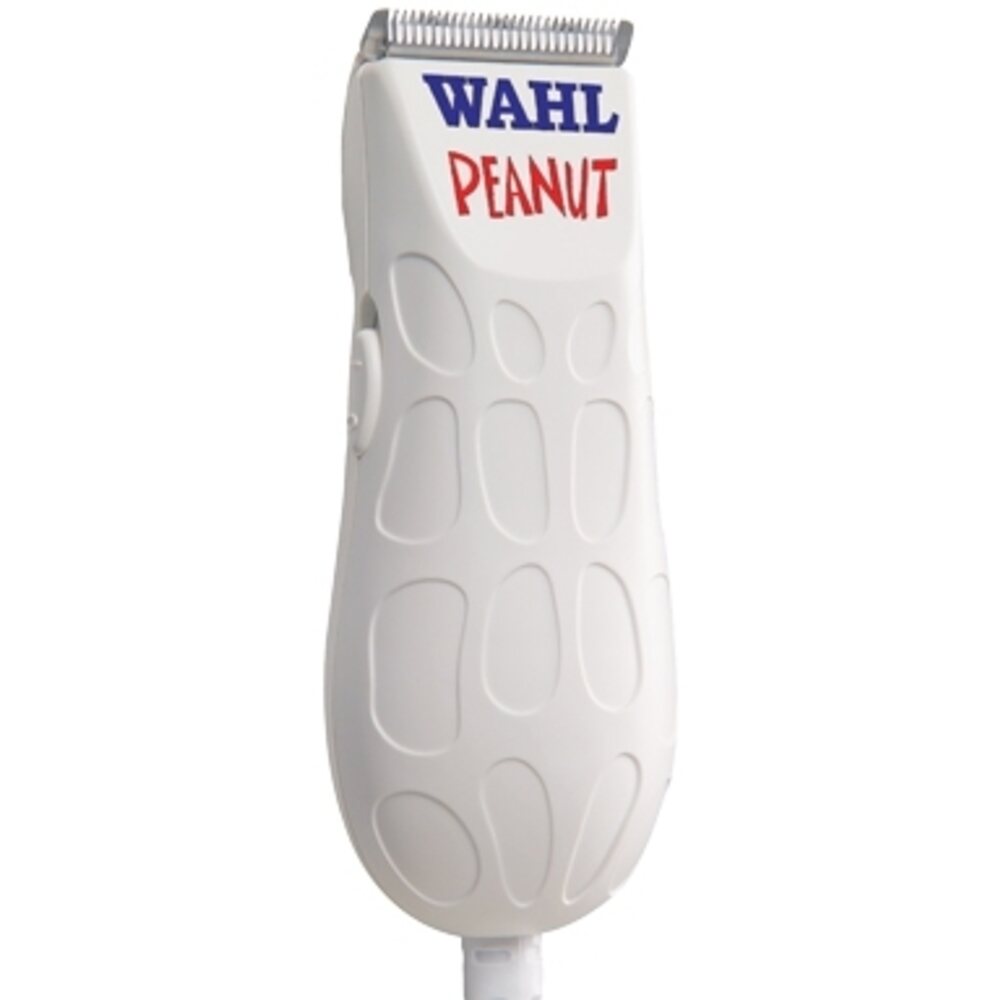 The Wahl Peanut is the original clipper of this style that first came out. It weighs less than 4 oz. and is less than 4″ long! It has the power and performance of a full-size clipper with the versatility of a heavy-duty trimmer, but is tinier than most. It also comes with four snap-on combs! 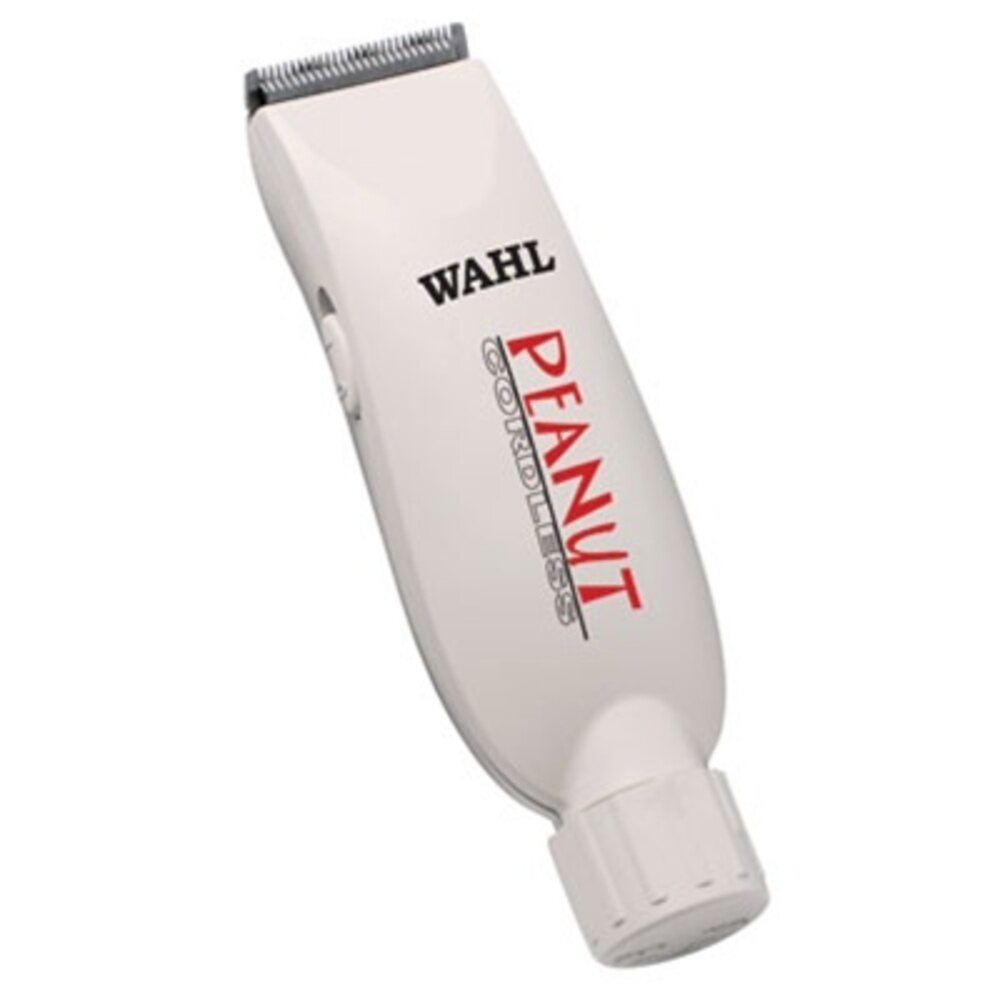 The Peanut also has a cordless version you can retail to your busier clients who are always on the go! Great for travelling, this portable battery-operated clipper has 45 minutes of cutting time per battery. 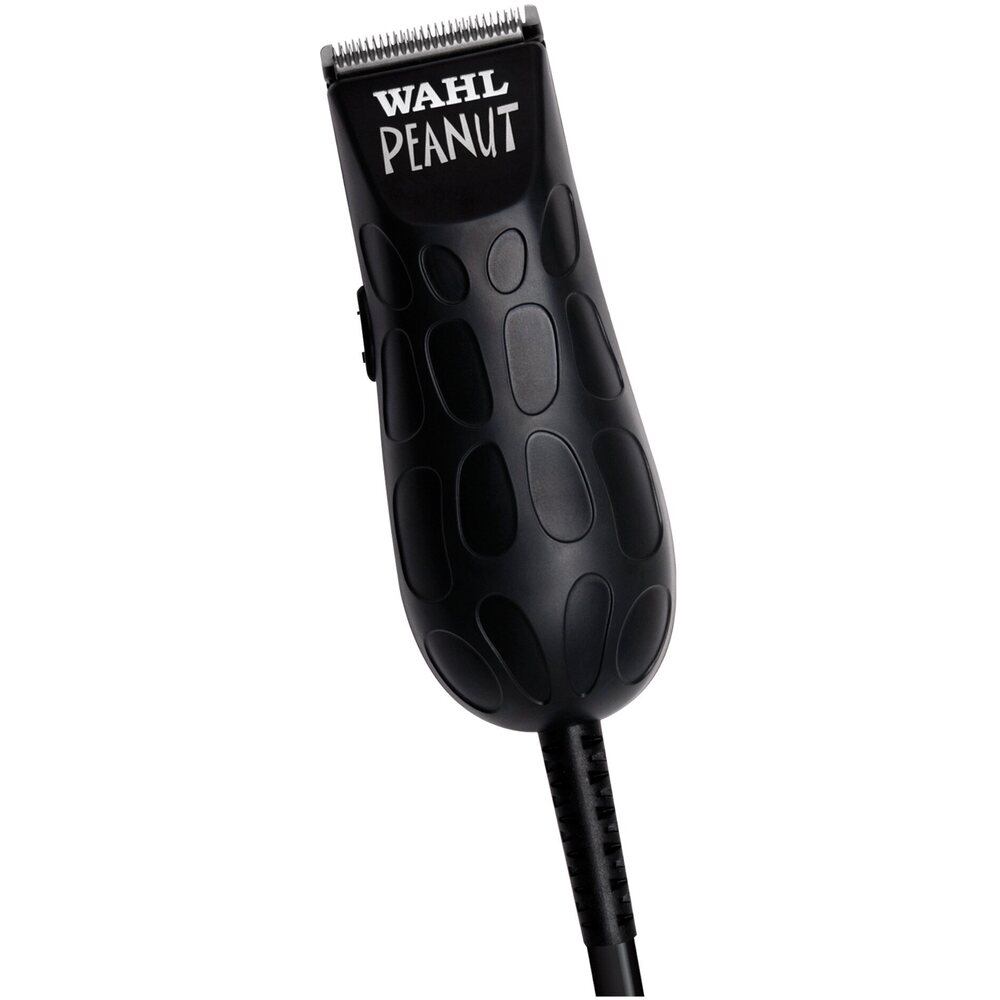 The Peanut also comes in black for your more stylish male clients who want a different look than the original! View all of our different Peanut Clippers here!

People are often given a diagnosis of ‘contact dermatitis’, but what exactly is that? What are the implications

and why does it happen? First, let’s get some definitions straight. When we talk of dermatitis, it should be understood that the term is synonymous with eczema. So they are really interchangeable. Dermatitis equals eczema.

Now, more importantly, what are the types and causes of contact dermatitis? The condition is broadly divided into two categories, irritant and allergic. So we speak of contact irritant dermatitis and contact allergic dermatitis. Why is this important? Because it tells us about the possible causes and ways to avoid the condition.
Basically, contact irritant dermatitis is caused by chemicals or substances that will irritate skin in any person. An example would be a retinoid drug, such as Retin A. While the drug is very useful for many reasons, if used too much or too quickly, it will cause irritation in almost any individual. So a person may think ‘I’m allergic to Retin A’ when in reality there is no allergy but just irritation which can be overcome. So what is ‘allergic’ dermatitis?’

True contact allergic dermatitis is caused by particular substances that cause a person to launch an immune reaction to the substance. An example would be the topical antibiotic neomycin. Many people would typically apply this drug to various cuts, scrapes or injuries, thinking they will prevent an infection. Often, however, days or weeks later they will develop itching and rash at the site, and have become truly allergic to the drug neomycin. In fact, neomycin is one of the most common topical sensitizing drugs in North America. A typical comment by the patient might be ‘but I’ve used this many times before!’ and that is just the point. Allergic dermatitis can not occur unless the skin had been exposed prior, it was over several applications that the allergy was being created!

So there you have it, two different types of contact dermatitis that can look exactly the same, but with entirely different causes!
Joel Lamm, M.D.

Facial Serumology is a new serum based skincare philosophy by Amber Products! Ten high-powered, patent-pending serum formulations are used to target and prevent specific skin ailments as an integral step within the Amber 5-Step Skincare Regimen. Facial Serumology allows you to customize a skincare routine for each client based on need or ailment all while working with the Classic Collection, Acne Control or Age Defense product groups. Elevate your client’s skin care regimen, deliver targeted results, and increase your retail revenue with Amber Serumology today! 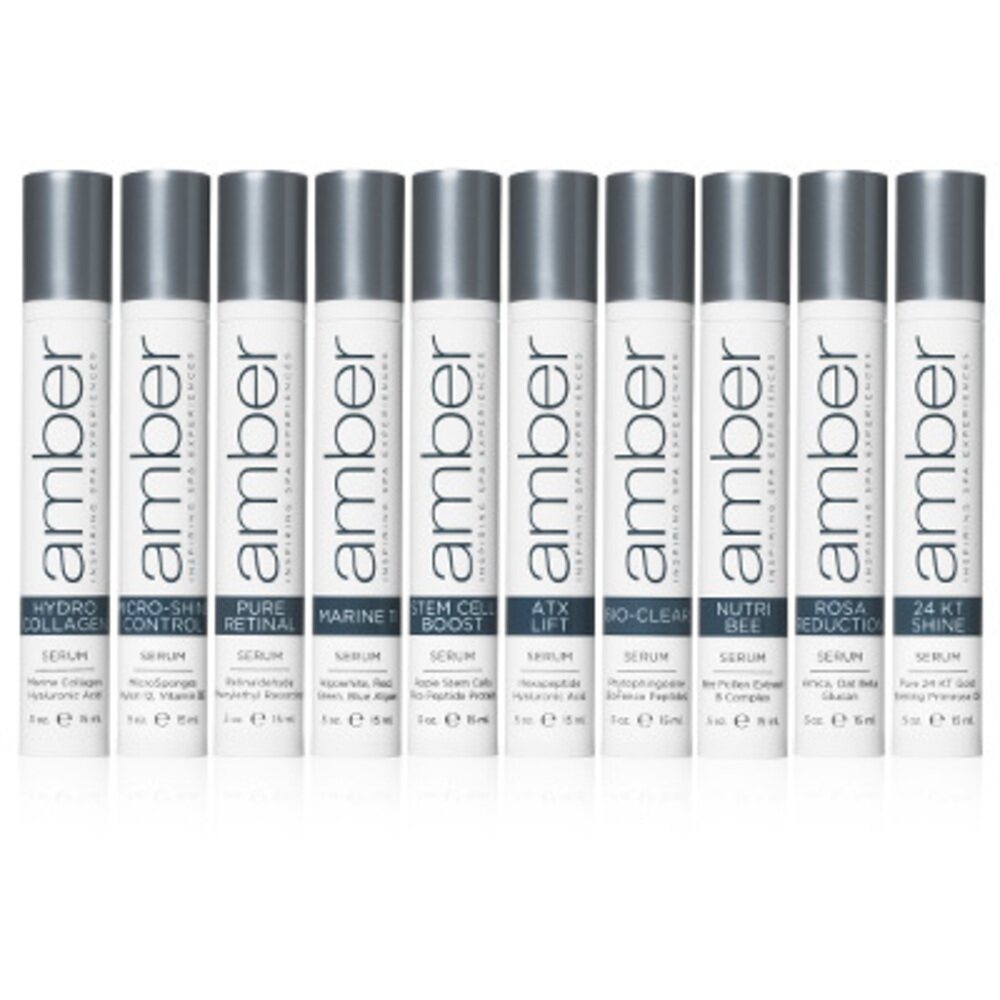 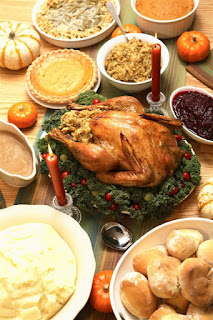 During this season of thanks, Pure Spa Direct would like to take a moment and express our gratitude to all of our incredible clients we work with throughout the year…

Thank you, from the bottom of our hearts (or shipping boxes) for allowing us to serve you and your business. We know you have options when it comes to your spa/salon supplier, and we are so grateful to be your choice!

Our Customer Service Center and Warehouse will be closed November 26 and 27, to allow our staff to spend time at home with their families. You can feel free to shop online 24/7…and keep an eye on your emails for some HOT Black Friday Deals!

And with that, our favorite Thanksgiving Song, for your enjoyment:

Freshen Your Personal Space Naturally with this Aromatherapy Diffuser. This complete kit includes one air freshener diffuser, one tea light candle, and one full size 10ml bottle of Energizing Mint Essential Oil Blend
Use this Natural Air Freshener with all-natural, earth friendly scents from Aromaland to create a fragrant accent in your home or office. Enjoy the pure pleasure of truly natural scents, and the joy and sense of well-being they bring Enhance your home or office environment with pure Essential Oils from nature which give your space a refreshing and clean scent and sense of well-bring without synthetic chemicals. Transform your space after a strenuous day, surround yourself, family, and guests with clean pleasant scents from nature, freshen the air anytime with real aromatherapy
Easy to use. Simply fill the bowl with water at the top of the one piece Aromatherapy Air Freshener and add a few drops of the Essential Oil blend, light the tea light candle included with the kit and place inside and enjoy.

Check out the complete line of products by Aromaland! 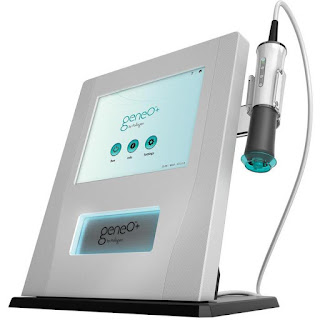 Are you looking for opportunities to expand your business in 2016?

Are your clients looking for “lunchtime” services?

Pure Spa Direct is now offering the next big thing in facial equipment that will help you reach and exceed your business goals in 2016 – the GeneO 3-in-1 Super Facial Smart Touch Platform!

The GeneO will make a real difference to your business:

Pure Spa Direct also offers a great, flexible financing option. Just think – if your payment is $300/month, and you are charging $100 per treatment, you only have to book 3 treatments PER MONTH in order to cover that month’s finance payment! If you are interested in finding out more about our Financing Program, please click the following link: https://www.purespadirect.com/Articles.asp?ID=272

This Blog Post: Expand Your Business in 2016 with the GeneO 3-in-1 Super Facial Smart Touch Platform originally appeared on Blogger.