Himalayan Salt Stone Massages are becoming increasingly popular. The benefits of using Himalayan Salt Stones during a massage are numerous, including the absorption of 84 trace minerals through the skin, relief of anxiety, increased relaxation, light exfoliation of the skin, improves circulation, supports healthy blood pressure levels, and more.

But these are blocks of salt…so how the heck do you clean them?

According to Saltability, the manufacturer of some of our most popular Himalayan Salt Stones, it is a simple process:

The simple disinfecting process will ensure the safety of your clients and therapists.

According to Saltability, even though 100% pure Himalayan salt is antibacterial, antifungal, and antimicrobial, taking measures to disinfect is a recommended, precautionary step to ensure the safety of your clients and therapists. As water will cause the salt stones to disintegrate, using 100% natural Decon-30 keeps the purity of the stones intact after cleaning. Decon-30 is a non-toxic, one-step disinfectant ideal for disinfecting and preventing cross-contamination without harsh fumes that can be harmful to your staff.
Next time you reach for those basalt stones, think again – and offer your clients a relaxing massage using Himalayan Salt Stones instead!

At Pure Spa Direct, we offer all types of bulk salts, whether they are from the Mediterranean Sea, the French Coast, the Dead Sea or the Himalayan Mountains. But its all just Sodium Chloride, right? The answer is a resounding NO – There are major differences that will have a definitive impact on your clients and the services your offer.

This particular type of salt is solar evaporated on the shores of the Mediterranean, meaning that sea water is left out in the sun to evaporate under natural conditions. Once the water has evaporated, pure sea salt crystals are revealed. This is probably one of the more popular salts since it is cost-effective, available in a multitude of grain sizes and it also dissolves quickly. Containing such minerals as Iodine, Fluorine, Magnesium and Potassium, this salt can be used as a soak and a scrub.

This Sea Salt is farmed from the Brittany Marshes off the coast of France using methods that have been in place for over 1000 years. Unrefined and full of trace minerals, this salt is actually lower in sodium and contains Calcium, Potassium, Copper, Zinc and Iron. While it can be used as a scrub, this salt is best used as a soak. Also, due to its excessively dry nature, it is able to absorb essential oils better than other salts. This is one of the best salts to use for aromatherapy.

Dead Sea Salt:
Unlike the previous 2 types of salt, this particular sodium chloride is obtained not from the ocean, but rather the famed Dead Sea, a 3 million year old salt water lake. Another key difference is the fact that Dead Sea Salt only contains 10% sodium, and the remaining 90% is comprised essential minerals including Zinc, Iodine, Potassium, Calcium and Bromides. The effectiveness of the Dead Sea is not only due to the salt content, but also the atmosphere of the region. You can bring to Dead Sea to your spa, however, by creating custom soaks with the salt. Since it is so rich in minerals that the human body constantly needs to replenish, soaking treatments will provide the greatest benefits, but this salt can also be used as a scrub. Soaking in Dead Sea Salt has been shown to help treat such issues as cellulite, water retention, itching, acne, dermatitis, psoriasis, eczema, scabies, dandruff and hair loss.
Himalayan Pink Salts
Mined from deep within the largest mountain range in the world, Himalayan Salts look more like coarse gemstones than chunks of salt. These completely pure salts were formed millions of years ago and have never been exposed to any types of pollutants or toxins. In addition to sodium, this salt also contains 84 trace minerals, including all 74 elements found in the human body. Himalayan Salt is best used for hydrotherapy treatments as submersion is the most efficient way to absorb the product. This salt has been shown to heal wounds and muscle injuries, repair skin texture and tone, combat cellulite and water retention, and even plump up the skin to fill out fine lines and wrinkles.
Click HERE and HERE to see just a few of the salt products we carry!
***Bonus Tip*** Apothecary Jars are an easy, effective and charming storage unit for your salt soaks and scrubs.

This Blog Post: Salt of the Earth: A Comparison of Bulk Salts Offered By Pure Spa Direct originally appeared on Blogger.

Salt is one of the Earth’s oldest healing elements with recorded accounts of its use dating back to 1600BC Egypt. Salt’s powerful healing properties are most effective when it is in contact with the body. The beautiful Touch America Atlas Salt Treatment Table takes it up a notch by providing an easy-to-use and very comfortable method to deliver salt’s healing properties. 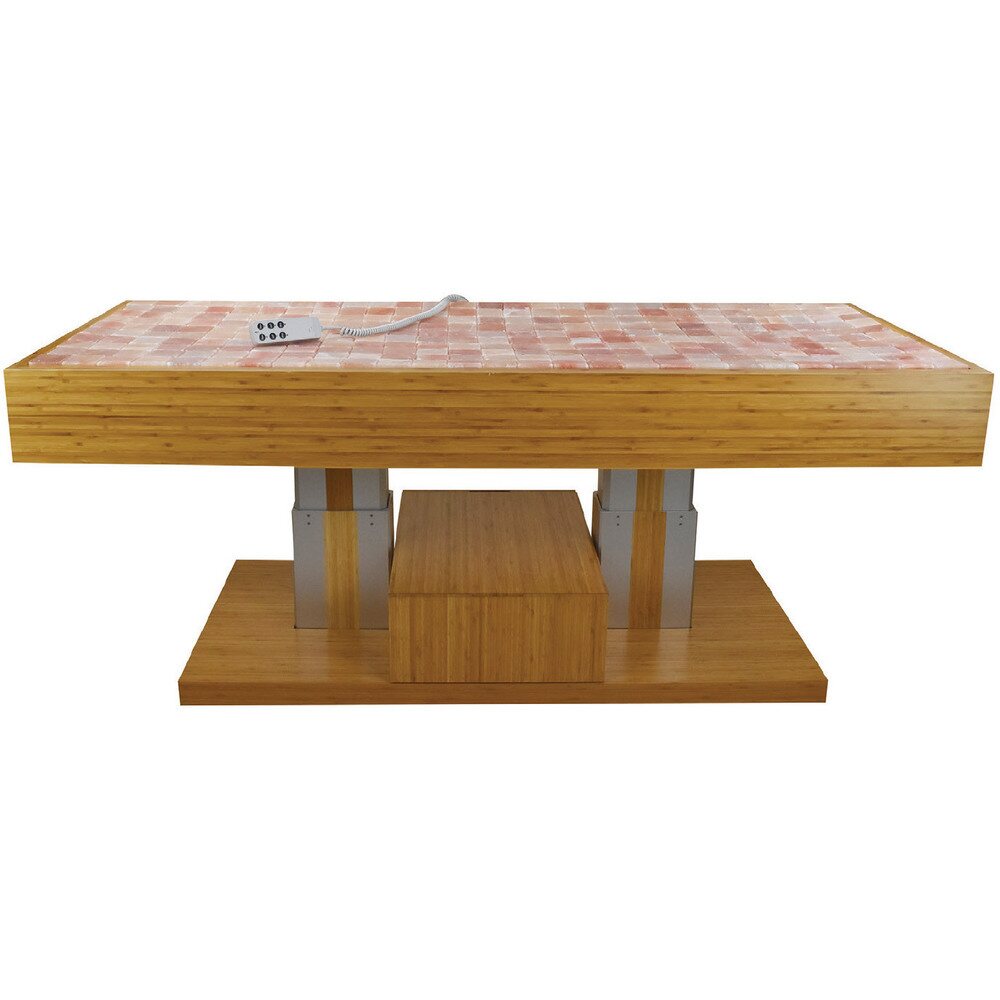 Their innovative Flex-Block™ Salt Bed provides the benefit of direct skin contact with perfectly-warmed salt, without any worry about sanitization. Unlike granular salt beds, the Atlas Salt has a solid surface that is easily sanitized before each treatment. They didn’t stop there; below are a list of signature features. 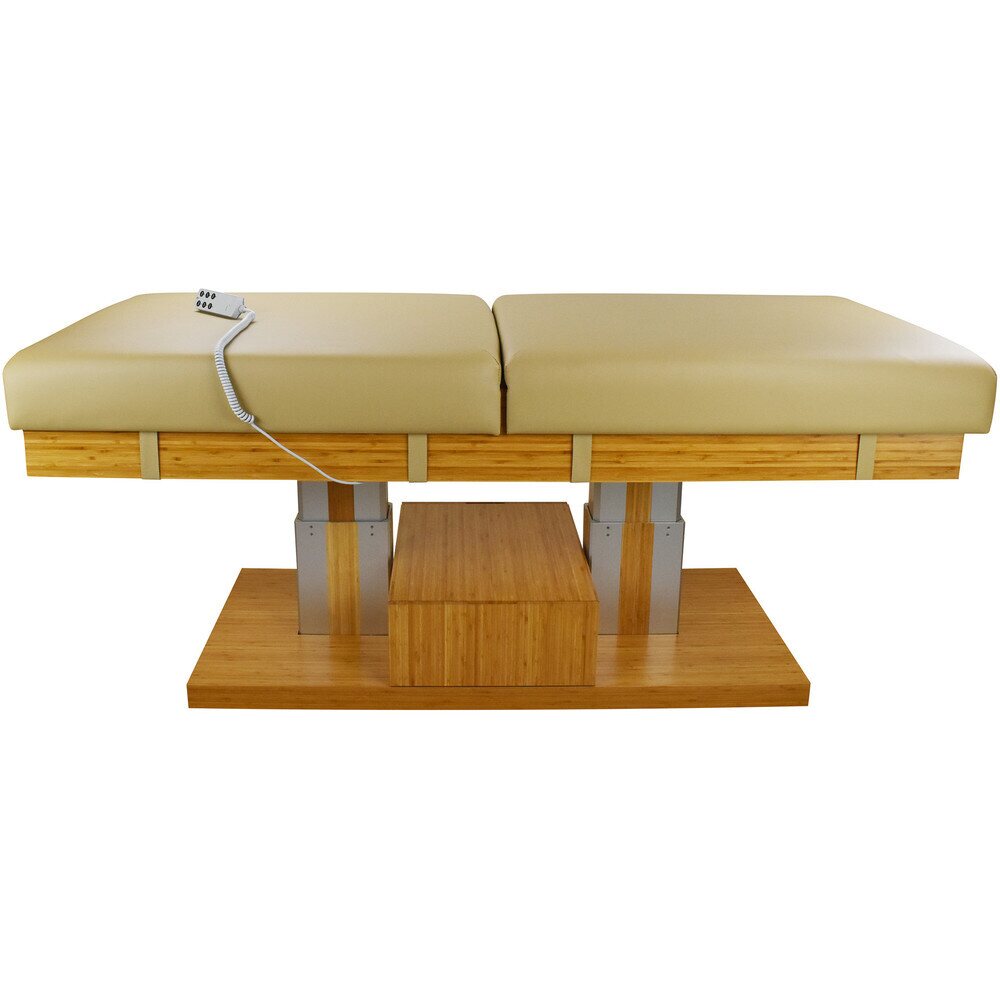 Salt has gained such a bad rep over the past few decades. This is largely because of commercial table salt that we see everywhere which can cause heart and health problems when consumed excessively! The good news is there’s a salt out there that is actually good for you and can help enhance your clients’ skin and overall beauty.

Himalayan Sea Salt has been gaining popularity over the last few years, and for good reason! This type of salt is packed with 84 different minerals and naturally contain iodine. Compared to table salt, which is stripped of iodine and vital minerals, Himalayan sea salt is used for detoxification, muscle relaxation, and even sinus issues! Does your spa have any products containing it? You might want to consider getting on this latest trend to help enhance your massage, pedicure, and even facial treatments!
We have a variety of Himalayan Sea Salt products here at Pure Spa Direct. Check out my favorites below! 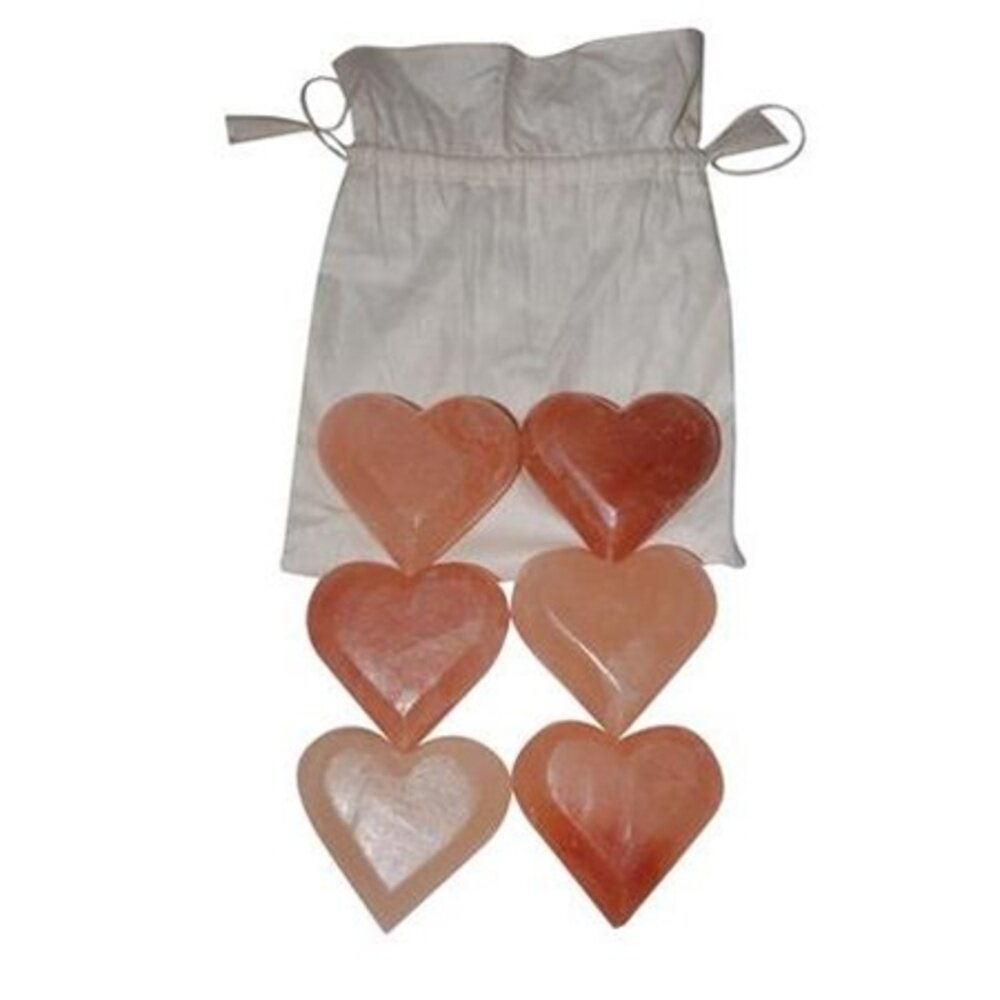 How adorable are these Himalayan Salt Massage Stones Hearts?! These massage stones are derived of salt crystals from an ancient primal sea beneath the Himalayan Mountains are hand-carved into massage stones that gently soothe away an accumulation of stress, tension and pollutants. Your clients will love them!

Are you in need of more decor in your spa? Our Himalayan Salt Pyramid Lamp is made with the white salt and has a beautiful natural wood base for an elegant touch. You might want to consider retailing these to your clients as well! 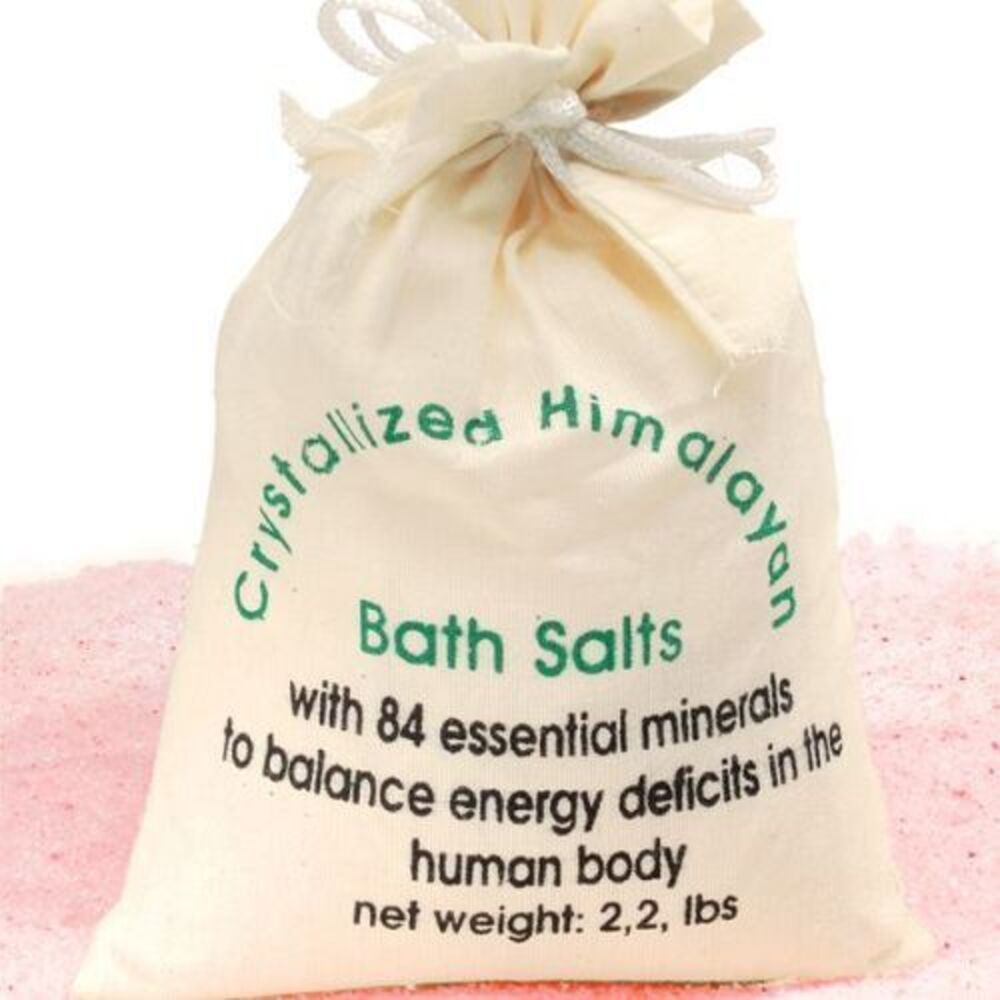 Interested in adding a Himalayan Sea Salt Pedicure to your spa menu? Our Fine Himalayan Salt Scrub is great to use as a soak and exfoliation on your clients!

Indulge your clients in a new full-body, all-encompassing experience with the Cocoon Wellness Pro Pod!

No matter what your business configuration, this fully automated system offers great advantages of small floor space while still providing intimacy. No Plumbing or specific configuration is required to start offering a wide range of automated services. 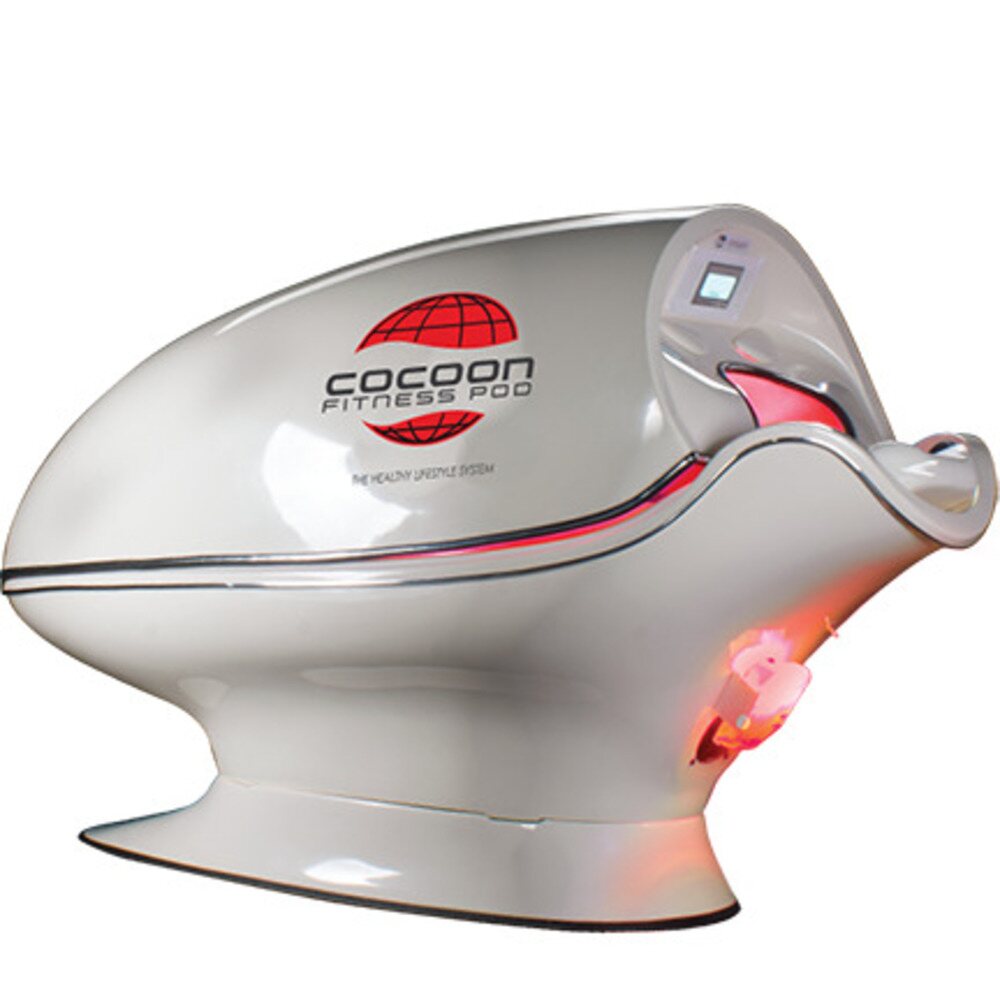 This futuristic system has a 4” LCD touch screen with Four preset 15-30 min programs, or the ability to customize sessions for your clients. The Cocoon Wellness Pro combines Dry Heat and Infrared Heat while treating your client to vibratory massage, aromatherapy and salt air for a total relaxation experience. The Cocoon Wellness Pro Pod creates a dry sauna experience with a full-body vibration massage. You are able to target areas of the body to be massaged, as well as adjust the intensity, creating a Wellness Pod experience that is unique to each client.

The Cocoon Wellness Pro also has an amazing option of adding aromatherapy as well as Himalayan salt treatment to your client9s experience, use of Aromatic and therapeutic essential oils diffused throughout the pod during your client9s session, while a Himalayan Salt treatment can help to improve your client’s skin condition. Take a deeper look at Pure Spa Direct to get even more info on this remarkable product for your clients.

Offer your clients a soothing service with a Salt Stone Massage. Salt crystals from an ancient primal sea beneath the Himalayan Mountains, these hand-carved massage stones gently soothe away stress and tension. Feel the energy of the 250 million-year-old mineral salt as you enjoy a gentle massage with these crystal salt stones. Please Note: Stones may vary in color and size; receiving heart-shaped stones is not guaranteed. May be used with a small amount of jojoba oil or coconut oil for massage.

Usage: Use either dry as a massage stone or in the shower as an exfoliant. For massage, these stones can be used with a small amount of jojoba oil or coconut oil. Great for retail!